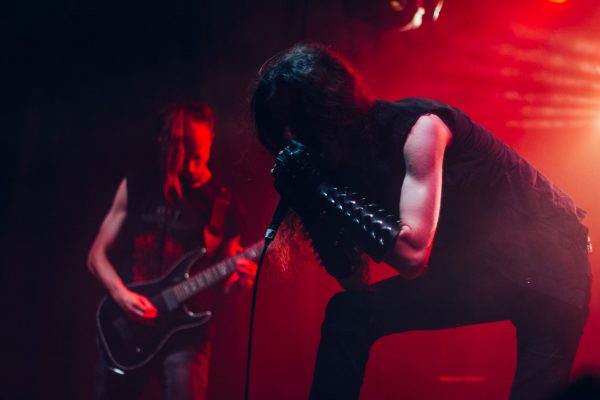 For a good while now, Akral Necrosis are working on their new full-length, the second in the history of the group. Recordings are still ongoing at Studio148 under the supervision of Marius Costache, but  the process is near its end. Time has come for the band to announce the name of the new material:

The title of the second Akral Necrosis opus is “Underlight“.

The contrasting juxtaposition of the two words is appropriate and necessary to incorporate multiple meanings, evoked by the lyrical content of the material. Unlike the band’s debut album, “Pandemic Dominion“, built around a narrative line, their upcoming effort quits the classic format, but keeps a well-defined conceptual axis, framed by a more violent and elaborate sound.

After the successful collaboration that led to the release of the (inter)SECTION split, Loud Rage Music and Akral Necrosis are joining forces again scheduling the release of this heinous Black Thrash Metal monster titled “Underlight” at the beginning of October.  The release date is itself part of the constellation of symbols used by the group.

“Underlight” will contain nine songs that revolve around a bleak concept: death, the other gift of birth, the only absolute certainty, concrete and ineffable, at the antipode of an inextricable existence.