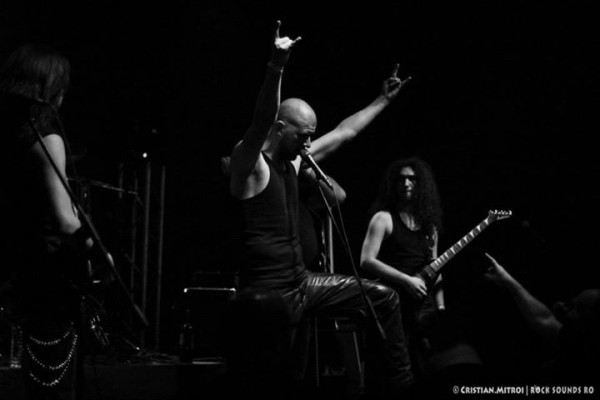 The story began one December evening in 2010. The idea of building a new, freshly sounding musical project is born. The first member to appear besides Csaki is Alb George, who is delighted by the proposal and even hands out 2-3 riffs which will later make up the foundation of Moments of Falling.
The beginning of 2011 greets new bands members, Fox Edmond (recommended by Andrei Cosma) and Pavel Florin (recommended by Csaki’s good friend Andu from the band Krepuskul). The first songs are born, and finally, in October, after arduous searching, the bands decides to take on Furdui George for vocals. It’s this formula that gives birth to the majority of songs now in the band’s repertoire.
In March of 2012, the band plays it’s first gig on stage in Abyss club in Oradea, as an opening act for the bands Phantasm from Slovakia and Krepuskul. The year of 2012 also gives way for the band’s first EP, entitled “Above the Throne of God”.
2013 brings about the first change in the group. Alb George leaves, in order to focus more on his other band Decease; until the band is able to find a replacement, some gigs are held with the aid of a drum-machine. March and April of 2013 is when the new drummer, Jose Morales, is added to the band, debuting live in the final sequence of the Transylvanian Aliance IV tour, alongside headliners Riul Doamnei from Italy and Krespuskul, as well as special guests Gothic from Petrosani. During the summer of the same year, because of musical differences, the band and Edmond agree to part ways, leaving the second guitar to be temporarily handled by Andrei Cosma.
In April, 2014, Jose Morales, Pavel Florin and Andrei Cosma left the band. After few days, the line-up will be completed for few concerts by Calin Paraschiv (Necrovile, Clitgore), Edward Negrea and for drumming they decided to use again a drum machine. The first show in that formula was at 1-4 Mai Rock Festival Sibiu, where audience was pleasantly surprised by that formula. The second concert was in Abyss Club Oradea, where the show was equally successful like the first one. Lastly, the band decided as Calin Paraschiv and Edward Negrea to be permanent members of the band. After few shows with a drum machine, Jose Morales came back to the band. In November of 2014, Calin Paraschiv left the band to concentrate on his main band, Necrovile. After few months of searches, Stefan Gheltu joined the band for some concerts.