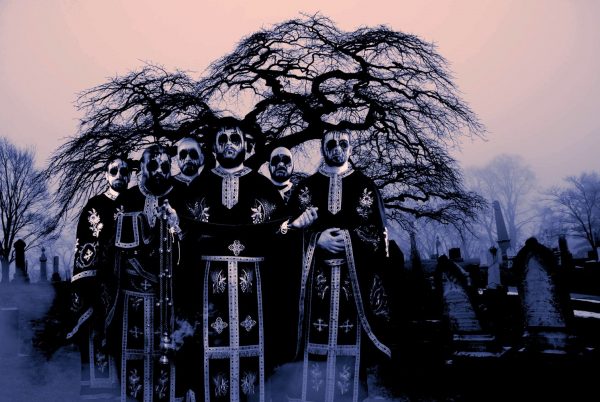 The debut single “Impending Corruption” was released in September 2018 and was followed by a second single “Fall of Man” released in March 2019. “Fall of Man” was featured on the American compilation “Heretic”.

The lyrics and band’s image are inspired by the Romanian Orthodox Church. The music is based on powerful and melodic black metal riffs and incorporates elements from other extreme metal genres. Even though the music is primarily black metal, Tableau Mort opted for a modern production opposed to the traditional raw black metal sound and it is one of the first black metal bands that introduced modern elements such as bass drops into their music.

The debut album “Veil of Stigma. Book I: Mark of Delusion” was recorded between July 2018 –February 2019 and was mixed and mastered by Neil Haynes at Parlour Studios UK.