Romania based Death Metal machine CodeRed reveal a new track, Burning Wrath (https://www.youtube.com/watch?v=2mMVm9lUaaQ), taken from their upcoming release, the remastered and improved version of their debut album, Dominions of Our Deceitful Beliefs, to be out on Loud Rage Music this February 26th. Pre-orders are now available here: 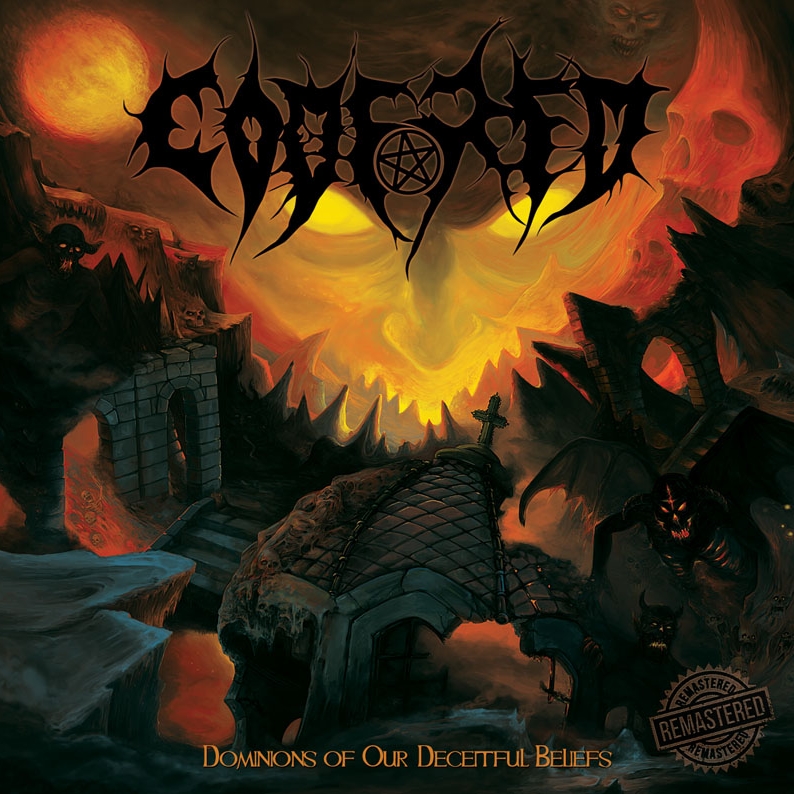 Here’s what the band members had to say on this material:

“I enthusiastically entered this project, because it was my first participation as a bass player and because I liked the way the songs were thought and written. When I arrived into the band most of the material has already taken form, and I was given free hand in conceiving the bass lines. I am very fond of the final result as a unitary musical concept where all the ideas were melted into one compact and solid form. From the crushing simplicity of Above Desolation to the intricate songwriting of The Sixth Sun, each song has its own story to tell that we’ll like you to discover, now in a fresher remixed and remastered version.” Ioan “John” Campian

“For me, “Dominions of Our Deceitful Beliefs” represents the result of perfect consonance between how each member of CodeRed envisioned our first LP and, I would tend to say, the result of a common vision about what extreme metal generally is. Everyone who was in the band at the time of the writing process has brought not only substantial contributions to the composition, but also fully compatible contributions to all the other ideas already on the table. This stands as testament for the chemistry that I believe this band has when we join forces to write songs. Also, John’s later addition to the lineup and the way he handled writing and playing the bass guitar is further evidence for the musical cohesion in this band, because John also understands and feels death metal music the same way we do. I believe this much cohesive creativity is quite a rare thing.” Septimiu Harsan

As a side note, Septimiu Harsan is now the official Pestilence drummer and is gearing up for their World Tour 2018. Catch them live on the road!