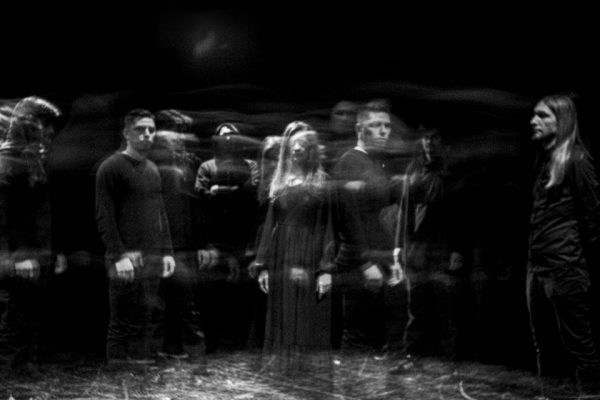 Two years after the release of their sensational Palindrome album, Timisoara, Romania based KATHAROS XIII announce the release of their fourth opus for this Spring, a new collaboration with Loud Rage Music. The first single Neurastenia is now online here: https://youtu.be/bk9pHgHElG8

Here’s what Emilian Matlak, the band’s founding member, had to say about the new single and album: “Neurastenia was filmed and directed by Alexandru Das and represents only a frame of a certain piece of emotion transmitted to us in a universal frequency by a group of dead cosmonauts from the future.
They still float through the cosmos and send signals with life experiences, hopes, tragedies as a part of a chthonian collective conscience. In this case the first transmission – Neurastenia – is about seclusion, alienation, spleen feelings and the difficulty of finding a daily reason for existence.
The new album will encapsulate six different dreams delivered from the times when the itinerant cosmonauts had a telluric existence. We like the words of Kurt Vonnegut and the imagery of Andrei Tarkovski, so we tried to embed this in our aesthetics and in every word or expression to resonate with our own personal philosophy.”

More details about the concept, recording process and the release date of the full-length will follow in the near future.