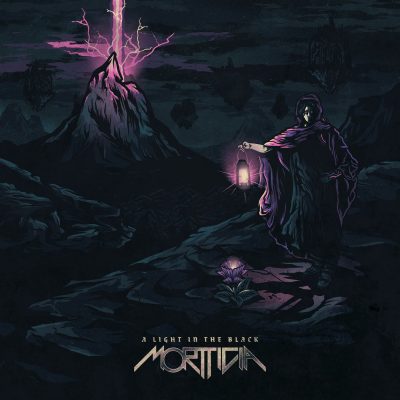 Here’s the lyric video for the track Ocean Of Change: https://youtu.be/vHpPWWHtMEA

“We were looking to sound more professional in ‘A Light In The Black‘, so we did some intense pre-production work. We spent a lot of time in the studio going through several takes and after that we spent a lot of time producing and mixing it. In the end this helped us elevate the quality level of our songs. We re-recorded some of our demo songs because we felt that these compositions were too good not to get new versions and this helped us understand the real potential they had. We think the result speaks for itself!

In this album we base our sound in the classic ‘heavy metal’ style established in the 80’s (Iron Maiden, Judas Priest, Queensryche, Black Sabbath), but we incorporate more modern influences and elements from progressive rock/metal bands. Things like tempo changes, synthesizers, orchestration, also the bass solos are a signature of the band. Most of our lyrics seek to explore social, philosophical or political messages with a tales or stories so that the narrative illustrates the argument or moral of the story.

For example, in ‘Hear My Words‘ we about a people’s insurrection, whereas they rebel against their lord in order to build their own alternative society instead of fighting his unjust war. Meanwhile in ‘Limiar‘, the lyrics describe a pivotal moment of change for an individual. They’re frustrated with the emptiness of their life and a materialistic view of the world. The chorus repeats: ‘everything is for sale’. Rather than ending it on a bad note, the message we try to send is that this is the time to build something new and finally say ‘but I’m not for sale’.”