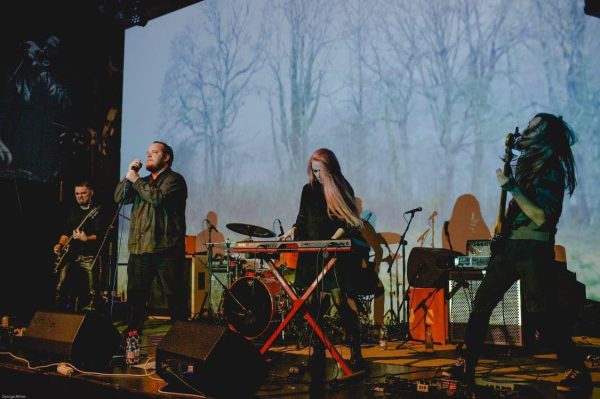 Set to be released this Winter solstice (December 21st), “Si glia lua nume” the second opus of Dara Project (featuring ex. Negura Bunget and Katharos XIII members), represents a collection of songs recorded in the last years at Soundcreation and DSP Studio with Attila Lukinich and mixed / mastered by Alin Luculescu. “Si glia lua nume” will be out on limited edition (200 copies) Digipak CD and digital (Bandcamp) and is now available for pre-order here: https://loudragemusic.bandcamp.com/album/dara-project-si-glia-lua-nume

Here’s what the band had to say about the new album: “The vibe of this material was intended to have an archaic feel, unpolished and direct to underline this “natural” approach in the philosophy of the band.
The light of the moon of this solstice will guide this release into this world, as a mesmerizing journey into different musical styles of Post Rock/Metal and Alternative Folk with strange customs and local blend of old Romanian lyrics and incantations to our ancestors.”