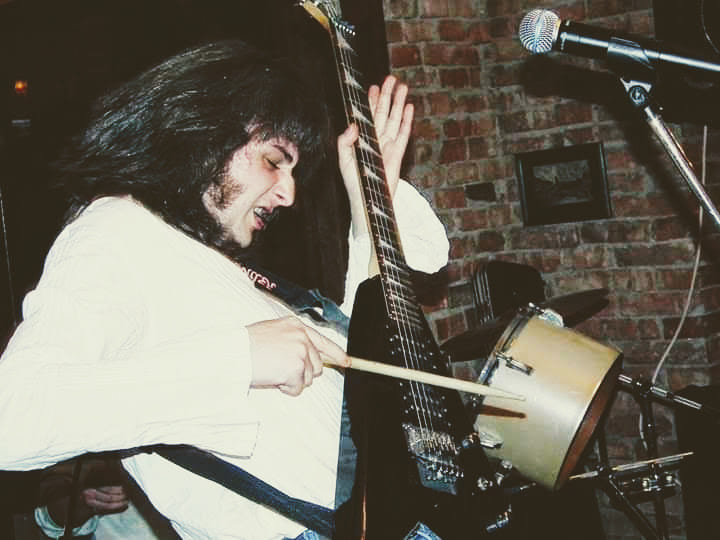 Heavy Highway is a Romanian Heavy Metal band born in September 2014 by Răzvan Ovidiu Preja, in Târnăveni, Mureș county, after his experiences in Italy with his previous bands, HI-GH and Hastighed. The band name was chosen, in fact, to unite the two „H”s from the previous bands so Răzvan considered that Heavy Highway was the most suitable name in this sense.

Heavy Highway started as a duo with Răzvan Ovidiu (guitars, bass and vocals) and a young drummer named Paul Ciulea in late September 2014 and played three gigs in that same year. The band was playing originally covers from bands as Led Zeppelin, The Jimi Hendrix Experience, ZZ Top, AC/DC or Neil Young and other blues impovisations, but also original numbers like HAL 9000. With this line-up the band recorded its first autoproduced EP named HAL 9000 (2014), which contains three tracks: HAL 9000, Down Once Again and Whose Muddy Shoes, a reinterpretation after the blues classic from Elmore James. After the release of the EP, Paul decided to leave the band due to personal reasons.

In late 2014 / early 2015, Răzvan joined forces with Florin Cucerzan on bass and Tiberiu Cucerzan on drums and, along with this line-up changing, Heavy Highway started to approach a more Hard Rock/Tradional Heavy Metal sound, but still maintaining in the same the Psychedelic/Blues Rock influences. The trio stared a series of concerts and released its second autoproduced EP Heavy Highway which contains the tracks Heavy Highway, HAL 9000 and Infernal World, Profoundest Hell.

In May 2015, Răzvan decided to move to Cluj-Napoca for personal reasons so trio broke up, of course, in the most peaceful way. Heavy Highway, at this point, became a one-man studio band. Răzvan Ovidiu, by consequence, was in charge of everything Heavy Highway was concerned.

After a long break of 5 years in which Răzvan keeps writing and composing material for the band, Heavy Highway releases in 2020 a new single called Twisted Revenge. The single sounds like a Heavy Metal track from the 1980s (NWOBHM in a particular way, Răzvan is great fan and connoisseur of the movement) but also keeping a 1970s Hard Rock/Psychedelic Rock feeling to the track.