The band was founded in 2007 and functioned in the early-days as a one-man band until de beginning of the recordings, in late 2008 for this demo material ”Silver Melancholy” self-released in 2009 and distributed by Banatian Darkness Records and Smell the Stench.
After a positive respond from the underground, Banatian Darkness decided to take two songs from this material and release in the honor of the summer solstice also in 2009 into a split with Ordinul Negru.
Some line-up changes in 2010 made possible the first live appearances of this project, with Andrei (guitars), sQ (bass), Egregor (drums) and Vlad (keyboards).
In 2011 it was recorded and released the first full-length: “Dead Emotions” on Arcana Noctis label; it was a very good collaboration and the response was very impressive.
After a quick change on the drummer seat, Sabat joining the band, the project continued with the live concerts and working on the next full-length.
Now after a few years spent in crafting the second album, “Negativity” it is finished and ready for release at Loud Rage Music. 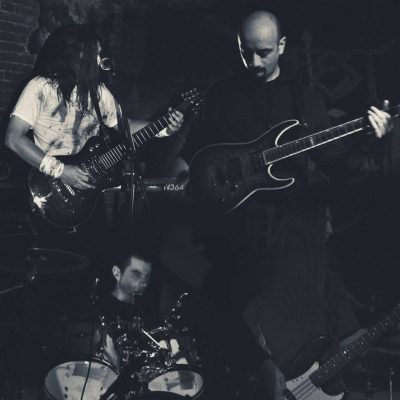