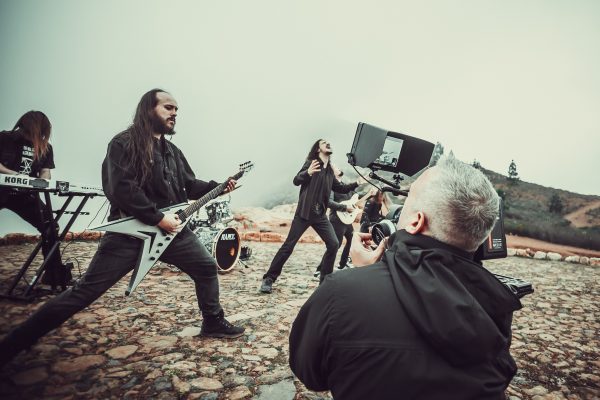 Filmed in Tenerife in January 2019, Catacombs is unfolding in 2 locations : first at 2000 m altitude, literally inside of a cloud surrounding the mountain of Barranco Del Infierno (Hell Ravine) neighboring the giant Teide Volcano. The second part of the video is filmed in the leprosy asylum of Abades, built in 1943 by the dictator Franco, a former leprosy village including a hospital, a crematorium, bungalows and the big concrete church, in typical Franco’s style with a huge cross on the top.

Gothic (https://www.facebook.com/Gothic.Romania) is one of the best metal acts from Transilvania, Romania, multi-awarded, with international touring experience and hundreds of shows, including an appearance at WACKEN Open Air, or playing in exotic countries like India. The song `Catacombs` is the fifth single from their newest album `Demons` out on Loud Rage Music and still available here: