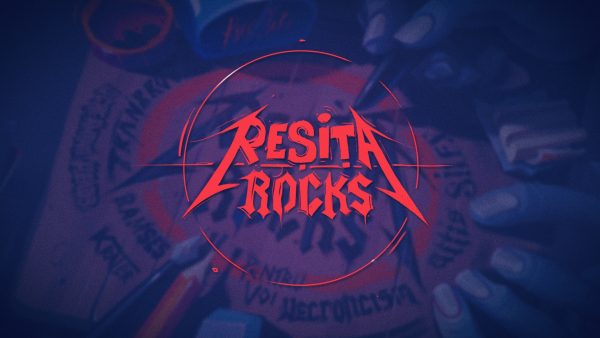 Started in 2016 by Toni Dijmarescu, Flavius Suciu and Adrian Nitulescu, three friends and musicians now located in three different countries – Romania, Spain and Germany -, RESITA ROCKS (named after their hometown) was conceived as a project whose goal was to re-record songs written by the best rock bands of their region, active during the ‘80’s and ’90’s, bands who never got the chance to get their material recorded or released properly.

With the contribution of many special quest, all of them very well-known in the Romanian scene (Ovidiu Anton, Calin Pop of CELELATE CUVINTE, Costin Adam of PHOENIX and many others), RESITA ROCKS released a string of singles, which are digitally distributed by Universal Music Romania.

Now it’s time for a physical treatment, in form of an 11-track CD, musically ranging from Heavy Metal to Hardcore, and from Hard Rock to Death Metal. The album is titled “Nascuti din foc” (Born Of Fire, because the city Resita is known since the 18th century as an important steel producer) and scheduled for a September 4th release in collaboration with Loud Rage Music.

Here’s what guitarist Toni Dijmarescu had to say about the upcoming CD: “We are thrilled to see those songs released as an album, something we didn’t even dreamed about when we started our “little fun project”. We were asked a lot about that, especially because many of our guest musicians have never done something similar, to play outside their bands, so this is something special. I’ve just seen the artwork and it looks amazing, this will be a high-class release!”.

More info on the CD release to follow soon, in the meantime, you can find RESITA ROCKS here: