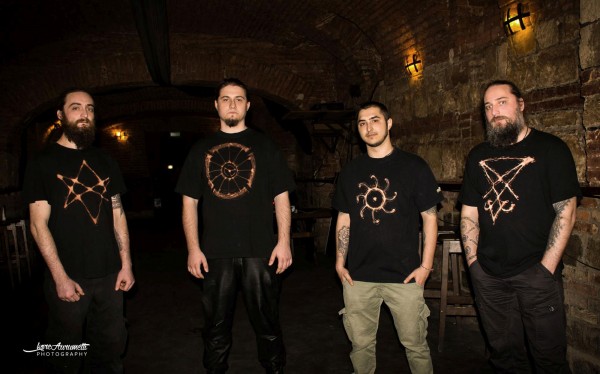 A few extracts from the initial press feedback:

That is really a good album. Ashaena kept us waiting for their second album seven years. On their debut album “Cei născuți din pământ” Ashaena proved that the metal Romania was not only Negura Bunget and surroundings… Those seven years of muteness have not been wasted. “Calea” sounds very mature in the layers of composition ,atmosphere,arrangements and production. (Folk Metal Magazine)

A great 2nd album from these Romanians who have really taken a huge leap forward in terms of style and sound… great album. (Folk-Metal.nl)

‘Calea’ has a lot to offer listeners, and it only seems to get better the further you dive into it. While the comparisons to some of the other Romanian metal bands is perhaps unavoidable given the similar use of folk instruments, Ashaena has carved out their own space and will appeal as much to fans of epic leaning melodic death metal/heavy metal as they will to the usual folk/pagan metal crowds. (Transcending Obscurity)

Overall it is a great melting pot of quality music. The album has a crystal-clear production, great musicianship and some fantastic songs. (Roppongi Rocks)

I think that I can recommend this album for most people but especially for those who are fans of folk metal, you will most certainly like this album. More than that is not really needed, you know that this is a good album and it is your loss if you don’t check it out like I have recommended you to do. (Hallowed Sweden)

Here’s a video of Tapae 87, first track from Calea: